PASIG CITY, 5 March 2021 - CBCP Secretary General Msgr. Bernie Pantin announced that the Philippine Church received the decree from the Apostolic Penitentiary granting Plenary indulgence to the Jubilee churches designated by the diocesan Bishops for the Jubilee year of the 500 YOC.

An indulgence is defined in the Catechism of the Catholic Church as "a remission before God of the temporal punishment due to sins whose guilt has already been forgiven, which the faithful Christian who is duly disposed gains under certain prescribed conditions through the action of the Church which, as the minister of redemption, dispenses and applies with authority the treasury of the satisfactions of Christ and the saints."

It may be partial or plenary in a way that it removes "either part or all of the temporal punishment due to sin." Indulgences may be applied to the living or the dead.

According to CBCP President, Davao Archbishop Romulo Valles, “The jubilee year would open on Easter Sunday, remembering on this day the first recorded Eucharist celebrated in our land.”

The year-long celebration, he said, will then close on April 18 to 22 next year to coincide with the 2nd National Mission Congress, which is set in Cebu City.

In another news, Pope Francis will lead the Filipino community in Italy in celebrating the 500 Years of Christianity in the Philippines, a Filipino priest based in Rome said.

Scalabrinian Fr. Ricky Gente of the Filipino Chaplaincy in Rome said the celebration will be highlighted with a Mass to be officiated by Pope Francis at St. Peter’s Basilica at 10:00 a.m. (5:00 p.m. in the Philippines) on March 14.

Cardinal Luis Antonio Tagle, prefect of the Congregation for the Evangelization of Peoples, and Cardinal Angelo De Donatis, the pope’s vicar of Rome, will also be present in the event.

The celebration, he said, will be livestreamed from the Vatican to reach Filipinos in different parts of the world.

“Join us in Rome to pray, praise and thank God for his gift of the Christian faith,” Gente said.

After the Mass, the pope will lead the traditional recitation of the Angelus prayer in St. Peter’s Square at midday.

“You can also receive blessings from the pope after mass in Vatican Square where he will lead the Angelus prayer at noon,” Gente added.

In his message after the Mass, he called on Filipinos, especially those who are living abroad, to “continue to be smugglers of the faith”. /Fr. Lito Jopson, PSoccomNews, with News from CBCP 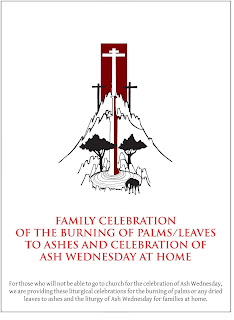 PASIG CITY – Pasig Bishop Mylo Hubert C. Vergara, D.D. released the Ash Wednesday Liturgical Instructions for the Diocese of Pasig. Prepared by the Diocesan Liturgical Affairs, this liturgical instruction concerning the celebration of Ash Wednesday on Feb. 17, 2021 is meant to facilitate uniformity and avoid confusion as the faithful begin the Lenten journey with the imposition of the ashes.  This is also in conformity with the recommendations of the Congregation of Divine Worship and the Discipline of the Sacraments and the CBCP Episcopal Commission on Liturgy for the safe and meaningful celebration of Ash Wednesday.  The ashes to be used for this year’s Ash Wednesday can be obtained from the dried branches or leaves of plants or trees.  Because of the strict lockdown last year, parishioners were not able to secure blessed palm branches. However, they may surrender their parishes old palm branches blessed before 2020 if they still have some. Second, in the blessing of ashes, the pries 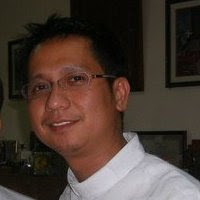 The Diocese of Cubao has forwarded to the Diocese of Pasig the information regarding the penalty of Ferrendae Sententiae Excommunication upon Xavier Eubra de Borja for disguising himself as a Roman Catholic Priest with the intention of deceiving the lay faithful of Cubao. In a letter dated June 7 and sent to Pasig Bishop Francisco C. San Diego, Bishop Ongtioco mentioned that he incurred the said penalty for committing the following serious offenses: for attempting to celebrate the liturgical actions of the Eucharist though not promoted to the sacerdotal order and invalidly administering the Sacrament of Reconciliation. In a report released by UCANews, de Borja claimed that he entered a seminary in Russia and returned to the Philippines in 2009 saying that he was an "ordained priest" on vacation. "He even presented documents proclaiming himself a member of the Canons Regular of St. Augustine in France," the report said. "However, a check with the Vladivost